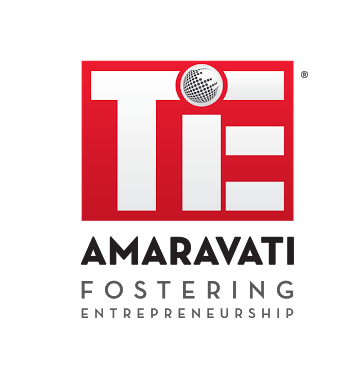 Vijayawada, Andhra Pradesh, India 9th January 2018: Start-up Entrepreneurs and Educational Institutions have something to cheer as TiE (The Indus Entrepreneurs) will formally announce the launch of TiE-Amaravati Chapter and it’s Angels Network to help accelerate the growth of start-up ecosystem in the state of Andhra Pradesh. Shri. Nara Lokesh, Cabinet Minister for Information Technology, Panchayati Raj and Rural Development, Andhra Pradesh, will preside over the formal launch.

A gathering of entrepreneurs, mentors, advisors, and others to educate, engage, and connect entrepreneurs, alongside J A Chowdary, Special Chief Secretary and IT Advisor to Honourable CM, Andhra Pradesh and Charter Members of TiE Amaravati will be seen in full attendance at the inaugural event on 17th of January, 2018 at The Gateway Hotel, Vijayawada.

All the educational institutions and startups in Andhra Pradesh are invited to participate, to register https://hub.tie.org/e/tie-amaravati-launch

Sateesh Andra, President TiE Amaravati said “As per the 2017 edition of the NASSCOM-Zinnov report, India ranks third among global Start-up ecosystems with more than 5000 Start-ups with 1000+ new additions in 2017. One of the key developments in India’s start-up market over the past decade has been the development of large, robust Angel Investor ecosystems. To enable State of Andhra Pradesh to lead collective dream of a new India and for the development of Innovation, Entrepreneurship and Start-up culture, we strongly felt the need for a TiE Chapter as well as an Angel Network.”

Highlighting the key points of the AP Innovation and Start-up policy Stakeholders of TiE-Amaravati said the launch of TiE will be complementary to recent initiatives by the Government to establish several incubators and accelerators and setting up of a start-up fund. TiE-Amaravati along with its Angels Network is committed to lending its support to A.P Innovation Society to accelerate this vision.

Anudeep Chappa and Sravani Polina, Associate Directors added “Often the biggest challenge start-ups, as well as young entrepreneurs face, is not just raising money but access to an authentic platform to network and identify the right mentors to gain insight into possible ways they can improve their businesses and gather real-time feedback”

We invite all the startups, incubators, accelerators and educational institutions in Andhra Pradesh to participate in the event and make it a grand success they re-iterated.

The Board of TiE Amaravati comprises of Sridhar Krishnamoorthy, Purnima Kamble, Suresh Chitturi and Sateesh Andra. Alongside the Board, the founding members of TiE Amaravati include Srini Raju, Dr. Ramesh Byrapaneni, and JA Chowdary.

About The Indus Entrepreneurs (TiE) – The Indus Entrepreneurs is a non-profit organization founded in 1992 in the Silicon Valley currently boasts 13000+ members in 61 chapters across 18 countries. The organization mission is to foster entrepreneurship globally through mentoring, networking, education, incubating, and funding. Since its birth, TiE’s Economic wealth creation is estimated at $200 billion. It has Influenced liberalization of key economic sectors across nations.