National | 27th June 2020: Agami, an initiative that creates opportunities to radically reshape systems of law and justice by supporting innovation, is inviting applications for the 2nd edition of the Agami prize.

The biennial Prize, conceived and first held in 2018, serves to support and catalyse such ideas in 3 categories – Industry, Citizenship and Idea. Partners to the Prize include highly regarded individuals and institutions in social innovation, business, philanthropy and policy. This includes having partners who can expand the range of those opportunities. However, none of the Prize 2020 partners (NITI Ayog, ORF and Dasra) contribute in a fiscal capacity to the Prize purse, or to Agami.

As a part of the Agami Prize, Agami also showcases leading innovation by state organisations. Curated by Agami, this is a showcase of two ongoing initiatives driven by State institutions significantly contributing to the evolution of justice delivery (particularly courts, prisons, police, legal services authorities). These initiatives are showcased at the annual Agami Summit. State initiatives may also apply under the section “State Innovation Showcase”, however, state initiatives are not eligible for grants or other material awards under the Prize.

Key highlights of the Agami Prize:

Speaking about the idea of introducing the Agami prize Sachin Malhan, Co-Founder, Agami said “We’ve long felt that the law and justice sector in India needed a whole new story. A story that can inspire and enlighten everyone to walk the pathways of change. The essence of the Agami Prize is telling this new story. By shining a light on powerful ideas to transform the legal industry, law and justice we want to inspire millions of others to see the sector as amenable to change and most definitely worthy of their greatest creative energies. For the winners, while the prize money is certainly valuable, it’s more about the access to influencers, to mentors, and to opportunities to collaborate at a high level and make sectoral and policy changes that are just not possible individually. What is arguably most precious is that every Prize brings innovators into a remarkable community of peers that share their vision, values and energy.”

Adding to this, Supriya Sankaran Co-founder Agami said, “The Agami Prize is much more than a Prize. Beyond identifying and amplifying the most courageous ideas advancing justice, it is about making the bright spots in our system visible to ourselves. It is the creation of a network of changemakers across generations and disciplines committed to transforming our justice system. Every applicant gets weaved into the Agami network and gets an opportunity to understand their roles and inter-dependence. The prize creates a platform for us to find our tribe and act consciously as a whole.”

The applications for the prize are now open and must be submitted before July 31, 2020. To apply log on to agami.in/prize/ 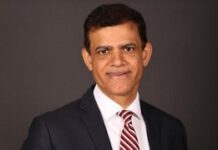 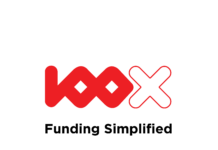 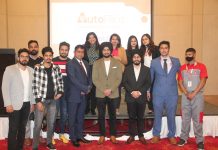 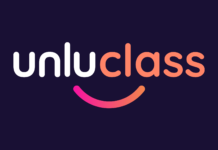