Startups Club, the pre-eminent platform aimed at accelerating the go-to-market of early stage startups in India via collaborations & mentoring, will hold its Demo Day 2017 Finale between 8th and 10th Dec 2017 at Taj Vivanta, Bengaluru.

The Club, which has shortlisted startups through Demo Days held across 20 cities in India, will provide these early-stage companies an opportunity to pitch to some of the leading VC firms and private investors at the Finale.

Since its inception in 2013, Startups Club has been closely engaged with early-stage startups across the country and has been helping them grow via facilitating mentorship, investments, collaborations and more. The Club’s board includes eminent names such as Mr. Michael Marks, Co-Founder & MD, Innoventure Partners; his investments include Twitter, 23andme, SpaceX and Palantir.

SC’s Demo Day is one of the few held across the country, allowing early-stage companies from Tier-2 and Tier-3 Indian cities to come into the limelight of big-ticket VC firms. Startups, which have participated in 2016 & 2015 demo days, have successfully gained investment from early stage funds such as Axilor. Some of these eminent names include companies like Saathi Pads, EventsHigh, Vicara Technologies.

Startups Club, being the India-partner for Hello Tomorrow, the French Accelerator, will provide the winners a chance to compete in the accelerator’s events and provide International access, along with investments and mentoring from some of the top names in the industry.

Mr. Vivek Srinivasan, Founder, Startups Club, said, “The concept of taking our Demo Day on the road came up a few years ago when we saw that there was incredible talent & ideation happening in smaller towns, who did not have an effective way to pitch their ideas to big investors. Since Startups Club was founded with the idea of enabling collaborations and providing a platform to help startups grow, we decided to make this a true Indian affair. The startups who won the past few years have truly been able to scale up, especially with access to international partnership. We have some great startups this year and we look forward to the finale!”

Mr. Michael Marks, Founder, Innoventure Partners, said, “The structural changes that are afoot in India and the maturing startup eco-system augur well for the future. I expect some interesting startups to start surfacing out of India solving problems in unique ways. As the eco-system matures, whether through IPOs or through the failure of companies the next breed will emerge stronger and more robust.”

The early-stage startups will also get a chance to meet and interact with over 1000 entrepreneurs, investors, speakers and other eco-system players from across the country. For more information, visit: http://startupsclub.org

About Startups Club: Startups Club is a community wherein startups could come together to discuss and engage with like- minded people. Startups Club wanted to foster a sense of a community, especially for early-stage startups who wanted mentors and guidance, or just a support system.In 4 years, the Club expanded to 20 Indian cities – Bangalore, Chennai, Coimbatore, Hyderabad, Mumbai, Ahmedabad, Cochin, Delhi, Pune, Vizag, Goa, Vijaywada, Chandigarh, Jaipur, Vellore, Kolkata, Mysore, Mangalore, Indore, Kochi and Madurai. The Club, which has over 13,000+ members in India, organizes regular meets in the 20 cities, wherein entrepreneurs, investors and ideators can meet to discuss topics and issues relevant to startups, and share their experiences. 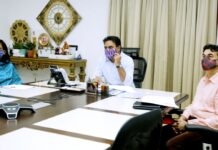