The product that wins is the one that bridges customers to the future, not the one that requires a giant leap – Aaron Levie, co-founder, Box. Something like this was been thought by Sahil Kohli, CEO, Applancer, a platform which is solely made for app developers and project clients on board under one umbrella. Being a PEC graduate, entrepreneurial skills being a part of him since college days as he came up with a unique idea of XeroCopy where he advertise various firms on the footer of every page and it was free of cost for students. He has worked on few more projects like – Fingerfry, thin tea, etc. He has rich experience in Day Trading for Brazilian and UK markets. Later on he launched Exousia, an app development firm which he headed for 2 years.

While heading Exousia, he came across many loopholes and concerned issues in other platforms available in market in context to app developers. By extensive research and development on the concerned issues, he came up with an idea to have a platform which is common for all kind of app developers – Applancer.co which is a bootstrapped by Mr. Kohli as this platform is really very close to his heart as being confident for this platform, he thought to invest his resources as there is immense risk margin involved in it.

Applancer comes out to be a boon for app developers across globe as the benefits that we are providing in our initial stages are not been provided by market players. As been launched in December’16, they are able to generate a wave in IT sector and sweeping the market like anything. As they have 4 major principles on which their platform is working are creating a special place in the hearts of app developers –

As these concerned areas were not covered by any other platform as such, app developers are heading towards them to avail their benefits and get their big break in IT sector according to their skill sets.By going through the response that they are getting, their immediate competitors are trying hard to get their clients back but as per Applancer’s promotions and market presence in various journals, it seems that their competitors are having a real fear with their progress.

Inspite of getting a tremendous response from the IT hub in PAN India, they have major future plans for next 2 years which I believe will completely sweep market place as by 2018 they want to cover PAN India as being an IT hub. They focus on to generate 80% of their revenue from project commission and lastly they want to sweep the cliental of Appfutura and Upwork. If I go through their previous press release in The Startup Journal, Red News Wire and the benefits they are providing, the day is not far when they will be one of the market players and turn the tables in their benefits anytime and change the market scenario as they have performed really good in their initial stages and opened up a single door for all kind of app developers be it a freelancer or small developers, without taking help from any investments apart from bootstrapping.

This Mumbai-based startup brings farm mechanisation into the digital age

How this Delhi-Based Startup has revolutionized Personalized Gifting Industry 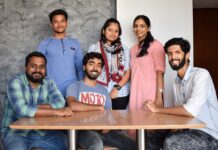 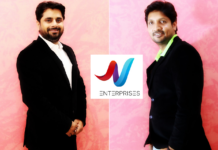 This Startup provides all kinds of home health care services to...