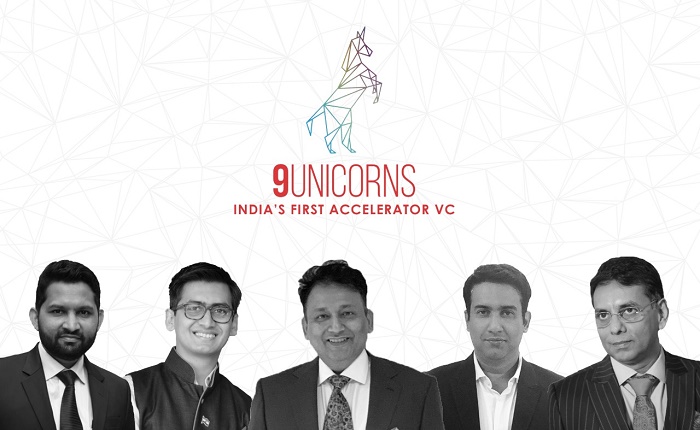 Mumbai, Maharashtra, India | 8th February 2021: 9Unicorns, the accelerator fund of Venture Catalysts, has announced the second close of its fund at Rs 200 crore during the pandemic on the back of growing interest among domestic and global investors to invest in early-stage Indian startups. 9Unicorns has successfully managed its second close within six months of the first close at Rs 100 crore in August last year, signalling a positive sentiment in India’s rapidly evolving startup ecosystem.

The second close witnessed massive participation from some leading global and Indian industrialists and businesses, including the country’s oldest and leading sweets and snacks manufacturer Haldiram’s that has overtaken several multinational companies including Hindustan Unilever and Nestle in the packaged food segment.

Talking about Haldiram’s investment in 9Unicorns, its Executive Director Kamal Agrawal stated, “Our investment in 9Unicorns weaves well with our ideology of active contribution to the coming of age startup universe in India. With this collaboration we look forward to partnering actively with the 9Unicorns team bring to bear our experiences and mentoring the innovative digitally run 9Unicorns investees.”

Touted as India’s Y Combinator, the Mumbai-based accelerator has also raised its total corpus to Rs 500 crore by exercising a green-shoe option amidst a challenging economic environment. A green-shoe option allows any venture capital or private equity fund to raise money over its initial target corpus following massive interest received from the LPs (limited partners)/ investors.

9Unicorns is looking to raise the entire amount of Rs 500 crore over the next few months from multiple sources, including corporations, family offices, and institutions globally. The fund plans to write the first external cheque in over 100 early-stage startups in DeepTech, B2B SaaS, Media, FMCG, FinTech, InsureTech, HealthTech, EduTech, Travel, and logistics, among other sectors.

On the second close, Dr. Apoorva Ranjan Sharma said, “Last year was indeed a great year for the startup ecosystem that witnessed the creation of 11 Unicorns. As a fund, we aim to back early-stage companies that have the potential to become billion-dollar companies in the future. I anticipate the number of unicorns in India will grow 4x, from 44 today in the next few years that provides several investors with an opportunity to be a supporting agent and ensure multiple X returns from this emerging asset class.”

He further added, “We made our second close of another Rs 100 crore just within six months of the first close, a feat difficult to achieve, that too during the pandemic. We will be closing the rest of the fund soon to boost further the entrepreneur network in India, especially those in the non-metros.”

It is also important to mention here that 9Unicorns emerged as the fastest-growing and most aggressive player in India with 32 deals within the first year of its launch, as per data provided by leading startup research firms –Tracxn and CrunchBase. Last year, it invested in over 32 startups, including Toch, Janani and Qin1 which have already advanced to raise bigger rounds.

Besides, the Mumbai-based accelerator fund has also launched a programme to disrupt the traditional VC (venture capital) structure. Termed “Catalysts Program”, the initiative is designed to build an open community of founders, CXOs and the ecosystem drivers to recognise, fund and mentor early stage start-ups. The program will function along with the 9Unicorns Fund and aims to build a network of over 1000 catalysts across the globe.

However, what differentiates it is that 9Unicorns allows the startups to tap into its vast Indian business communities across Tier 1, 2, 3, and 4 cities in India, immediately enabling the startup to go pan-India. It directly allows getting early customers, distribution partnerships, cross-portfolio synergies for startups leveraging the pre-existing network of over 4000+ investors, founders, and executives in the VCats ecosystem.