30th June 2020: AgriBazaar, India’s largest Online Agri-Trading Marketplace, held a global webinar titled ‘Landmark Reforms in Indian Agriculture’. The government of India recently promulgated two ordinances: augmenting ease of trade by giving farmers a new and simpler alternative to sell their produce and building a farm-gate infrastructure to ensure that farmers get the desired price for every unit sold. The combination of these two ordinances is envisaged to bring large-scale benefits to the Indian farmer community by addressing their long-standing issues and therefore significantly boost the country’s agriculture.

The webinar was hosted to highlight these watershed reforms and how they can bring a positive change to Indian agriculture. A wide array of opportunities was identified during the webinar such as crop advisory, crop marketing, smart irrigation, leasing of equipment, and new avenues of financing, among others. New ideas and innovations such as digital agri stack, gene editing, plant-based meat, etc, were also discussed. The webinar highlighted the evolution of Indian farmers who are quickly learning the new agri-tech tools by attending various workshops hosted by agri-tech companies during the lockdown.

Speaking on the webinar Regarding level playing field for private e-marketplaces Mr. Sanjay Agarwal, IAS, Secretary (Agriculture) said,“ they will be treated at par with the State-sponsored eNAM (National Agriculture Market). “eNAM is a platform that works in mandis. The trade ordinances that the government came out with do not touch mandis. No special place is kept for eNAM in the ordinance. Both the government and private platforms will have equal footing,” he said.”

There is no registration or regulation required, except for the fact that they have to declare their fair trade modalities, payment modalities and logistic modalities. And they have to follow these modalities. The government has kept a provision for framing norms for this ecosystem at a later point, if required to use, he added.

Amith Agarwal, Co-Founder & CEO, AgriBazaar said, “It gives me immense pleasure to host this webinar. I saw some of the most brilliant ideas and innovations discussed by the domain leaders and top government officials during the event. The recent reforms undertaken by the Indian Government in the Agri-sector will spur the much-needed investment in the sector and unleash agritech opportunities.” With a focus on government’s ‘One India, One Agriculture Market’ reforms, the webinar saw participation from senior leaders from the government, industry thought leaders from the private sector, investors and senior industry professionals from the Food and Agriculture Industry across the globe (mainly from Europe, the US, and Asia). Mr Sanjay Agarwal, IAS, Secretary (Agriculture), Dr Rajeev Ranjan, IAS, Secretary (Fisheries), Mr Atul Chaturvedi, IAS, Secretary (Animal Husbandry), and Ms Pushpa Subrahmanyam, IAS, Secretary (Food Processing Industries), Government of India attended the event. The private sector and global investors were represented by Mr Anuj Maheshwari, Managing Director, Agribusiness, Temasek International, Mr Srini Nagarajan, Managing Director and Head of Asia, CDC Group, Mr S. Sivakumar, Group Head – Agri & IT Businesses, ITC Limited, and Mr Balram Yadav, Managing Director, Godrej Agrovet. 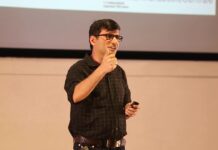 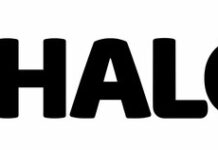 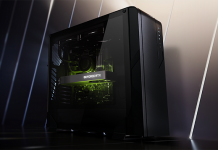 NVIDIA Introduces GeForce RTX 3060, Next Generation of the World’s Most Popular GPU 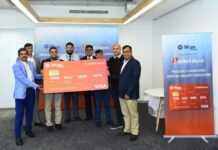 Karkhana.io Raises USD1.5mn in Seed Round Led by Vertex Ventures SEA and India to Build Its On-Demand Cloud Manufacturing Platform