New Delhi, December 06, 2018: eBike (www.ebikego.in) is one of its kind revolutionary start-up aiming at providing environment friendly means of transportation. It is aiming to target 2% of Indian electric two wheeler market share of service providers and project to bring on road a fleet of 200,000 bikes in about 100 cities across the country. The company usually divides a city into clusters. Then, franchises are given for rental, taxi and delivery services. Their ownership continues to be with eBike. A franchise owner can offer all three services and gets 90 per cent of the revenue. 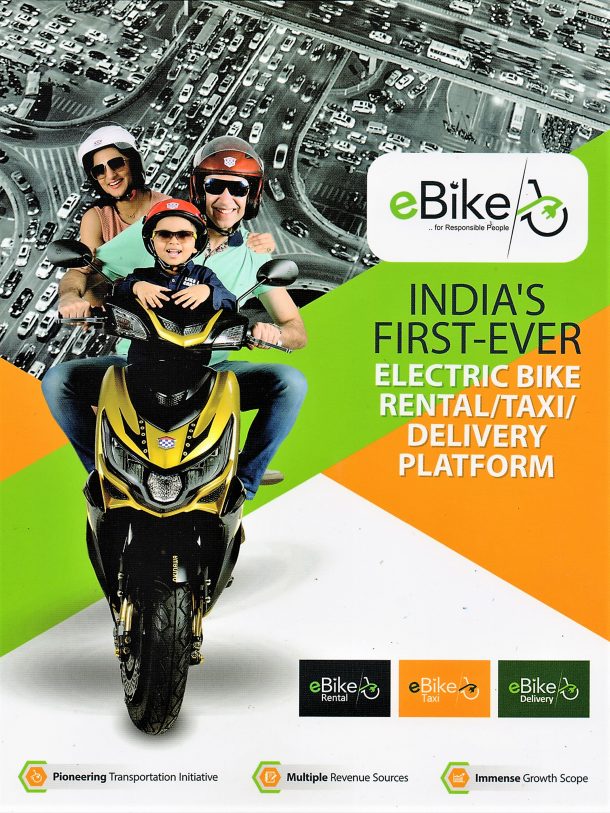 India’s e-two wheeler market is estimated to double from 24,000 units to 45,000 units by the end of this financial year. eBike is India’s first ever platform offering electronic mode of transportation which runs for around 200 kms after an electronic charge for about 2 hrs and makes the daily movement zippy with a speed of 75 km/ hr. As part of expansion plans, will eBike will scout for venture capital (VCs) funding to raise Rs 2.5-3 billion in the next three to four months.

eBike is using the bikes of Okinawa Autotech, one of leading Electric two wheeler manufacturers in the country. The company has successfully launched their first phase in Amritsar and plans to start their second phase in Amritsar and operations in Jaipur, Lucknow and Ghaziabad in next one month’s time.

Dr. Irfan Khan, Founder Director of eBike, said “eBike is a fresh concept, answering the major yet untouched concerns of growing India. The air quality of the national capital continues to be hazardous. With the introduction of eBike, we hope to bring down the level to atleast 2-3% in a short period of time. eBike aspires to be one of the leading service provider by offering its superior eBikes on rental, as taxis and for deliveries at the most competitive prices. Simultaneously, it will generate tremendous value for its investors & stake holders too” said Dr. Irfan Khan, Founder Director of eBike.

Coca-Cola India’s Project Unnati Has Touched the Lives of 3.5 Lakh Plus Farmers Across 12 States in India