BENGALURU, India | 1st August 2020: A two-day virtual event on food processing, organised by the Embassy of Italy and the Confederation of Indian Industries (CII), was a resounding success, with the emphasis being laid on the potential of new technologies in the food processing and packaging sector.

The Digital Indo-Italian Business Mission on Food Processing, which concluded on July 16, saw a series of digital conferences, trade fairs, B2B meetings, and webinars, with participants from senior government officials from India and Italy.

Given the exponential growth potential in the Indian food processing sector, this mega event helped Indian firms understand and take cues from the technological prowess of Italian entities. This proved beneficial, especially at a time when the demand for packaged food products is set to jump amid the COVID-19 crisis.

The event kicked off with a session that featured prominent leaders from governments of India and Italy, stakeholders from the food technology industry and leading industry and trade associations that included more than 600 companies from both the nations.

Following an opening address by Chandrajit Banerjee, the Director General at CII, India’s Minister for Food Processing Industries, Harsimrat Kaur Badal, highlighted the huge partnership opportunities for both the nations.

“India is promoting food processing in a big way by offering an incentive of $1 billion, with hope of leveraging another investment of $5 billion. We invite Italy to invest in us and our 42 mega food parks. You can come and just plug and play,” she said, adding that the country has opened up to the importance of ready-to-eat and frozen food due to the current situation.

All these speakers emphasised on strengthening economic ties between the two countries, boosting partnerships in the food sectors, the Indian government’s efforts in making investments in India easier and re-establishing it as the fastest-growing economy in the world.

The inaugural session concluded with closing remarks by the Ambassador of Italy to India. “Italy will promote a technological partnership in the framework of a further development of the Make in India initiative, therefore contributing to support the role of India as a global manufacturing platform,” Vincenzo de Luca said.

Other key sessions and webinars stressed on food processing technologies that were dedicated to fruits and vegetables, milk and milk products and cereal processing and packaging, featuring marquee names from Indian and Italian industries.

With Italy’s experience and strength in cluster development and technology solutions in the area of food supply chains, a synergy can be created for the mutual benefit of the food industry in the two countries. The webinar also explored opportunities for promoting innovation and collaboration in food processing technologies between India and Italy that help reduce wastage levels and other areas that include infrastructure, cold chain, processing infrastructure, and R&D for innovative methods of processing and packaging.

In total over 1000 accesses were registered on the CII HIVE platform, over 300 B2B were conducted and more than 70000 persons attended the live streaming of the main session on the social media channels. This numbers mark the success of what is the first indo-italian digital sectorial mission, a true landmark in economic bilateral cooperation.

– Authored by Ambassador of Italy to India – Vincenzo de Luca 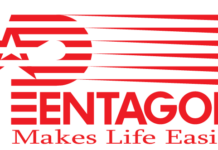 11 Reasons Why Online Grocery Shopping is Better Than the Traditional...