18th January 2021: India’s largest digital literature platform Pratilipiis giving a voice to over 3 lakh writers across the country. The self-publishing community has encouraged novice and established writers with diverse backgrounds to explore their love for storytelling and experience the thrill of sharing this with an audience of over 25 million monthly readers. The platform, which allows users to upload and self publish stories for free via the app, has gone on to secure licensing deals and partnerships for its writers with Eros Now, Zee, Dice Media, StoryTel, and Manjul Publishing amongst others.

Pratilipi’s huge base of writers allows them to discover emerging trends in writing – of the 3 lakh active writers, over 55% of them are female and one of the most popular genres – horror fiction – has women as its top writers.

For example, Varsha Srivastava, a homemaker from Raipur, who first accessed Pratilipi to read content before she started writing. Now Varsha’s story Behroopiya has been read 25,000 times, Pratilipi has secured a commercial licensing deal with Storytel to publish an audiobook version, and the story will be published in print by Manjul Publishing. While Varsha first kept her writing secret from her family, after securing a licensing deal she was able to present them with a cheque and her writing is burgeoning into a full time career.

Through their efforts to develop licensing deals with established publishers, content producers, and studios Pratilipi are offering new opportunities to both their community and the licensing partners. Detailed analytics on stories and authors show how many people have read, commented, or liked them – or at what point in a novel people stopped reading. Pratilipi also offers publishers the opportunity to engage directly with their community, such as a writing contest in collaboration with Dice Media which invited Pratilipi’s users to submit stories on the prompts given by the Dice team. From the winners Pratilpi are now discussing licensing deals with the Dice Media team. Readers and writers are able to communicate on the Patilpi app with over 2 million reviews and comments and 10 million private messages shared every month. For writers like Sumit Menaria, a Dubai-based Chartered Accountant, this has helped him develop his debut novel Tashree and he credits the Pratilpi community for the lucrative opportunities he has secured. Pratilipi went on to acquire the rights for Tashree after it was read by 1,57,267 Pratilipi users, it will now be released as Sumit’s debut novel with Manjul Publishing House on the 25 January. Tashree has also been turned into a popular comic with Pratilipi Comics, a web series is in development with Aditya Bhattacharya, Sameer Pithalwala and Mazahir M. Sumit has just finished his second novel and has already secured a licensing deal to publish this as a comic book.

Pratilipi has also proved a productive and creative outlet during last year’s lockdown for writers like Manish Sharma who credits the Pratilipi community with motivating him to stay creative throughout 2020. He notes that Pratilipi is immensely helpful for writers who are juggling ‘day jobs’ and the platform’s community feedback and comments can help give direction and support. After publishing his book Angoothi Ka Bhoot on Pratilipi he got messages from the community to say it changed their thinking and relationships. Through Pratilpi Manish was able to secure a publishing deal for Angoothi Ka Bhoot with Manjul Publishing House (known for translating the Harry Potter books into Hindi). 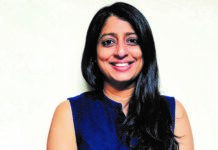 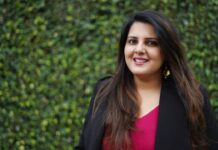