The Principle Scientific Advisor to the Government of India visits the iCreate campus; discusses ways to accelerate technology innovation in the country 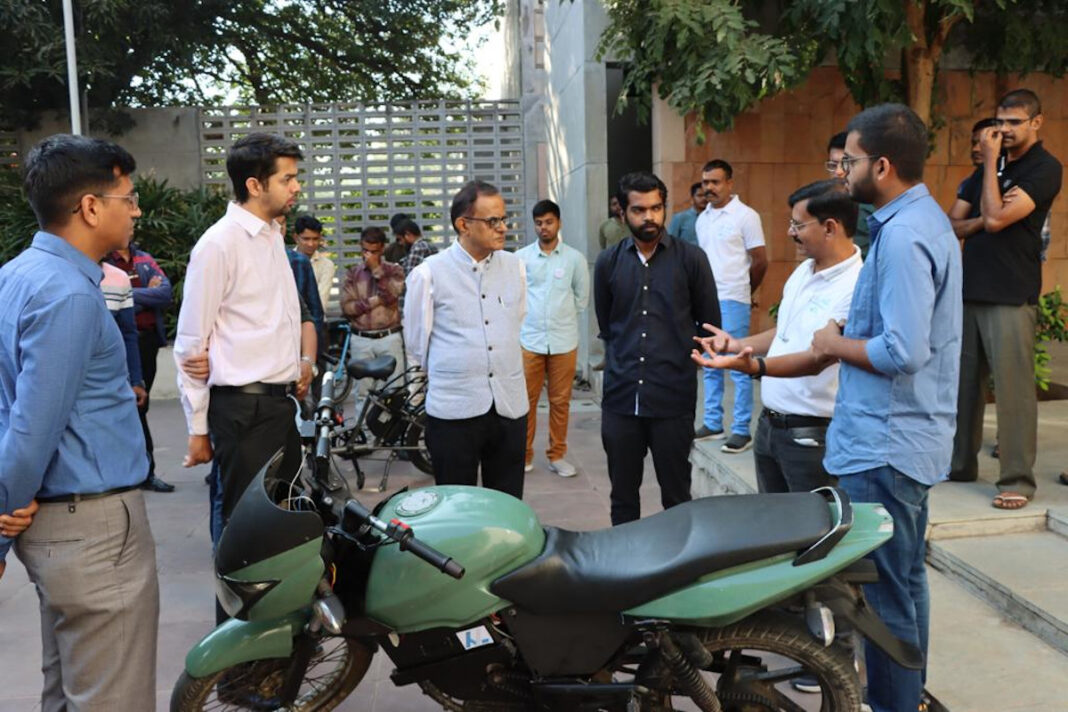 Ahmedabad, December 19, 2022: Principal Scientific Advisor (PSA) to the Government of India, Prof. Ajay K. Sood, visited the iCreate (International Centre of Entrepreneurship and Technology) campus in Ahmedabad to meet with the entrepreneurs and startups currently being incubated at the centre. During his visit, he interacted with the founders and offered his guidance and expertise to the start-ups who shared their ideas and experiences with him. Prof. Sood also held meetings with iCreate’s leadership including the CEO, Mr Avinash Punekar to discuss ways in which technology innovation can be given an impetus in the country.

iCreate, India’s leading innovation-based start-up incubator, is home to 530 promising startups that are developing breakthrough innovations in the fields of electric vehicles, technology, healthcare and agritech, among others.

Impressed by the passion and dedication of the startups incubated at iCreate, Prof. Ajay K. Sood said, “I am always intrigued by the ingenuity and determination of India’s startup ecosystem. The startups at iCreate are doing remarkable work, and I am confident they will make a significant contribution to the country’s development and growth. As India moves towards becoming a global innovation hub, it is essential to have institutes like iCreate that support the next generation of entrepreneurs and innovation. I look forward to iCreate’s plans of developing an EV supply chain portal and its plans to take EV technologies into the domains of aerospace and defence. We are happy to support iCreate in fostering the growth of entrepreneurship and innovation in the country.”

He also extended his greetings to the institution’s SoC42, an open-source platform for all Indian EV tech developers, including startups, and for its plan to launch various CoEs in energy technologies, agritech, aerospace, and defence.

Earlier this year, an agreement between CSIR and iCreate was signed to establish collaborative support to take the institute’s R&D work to the market including Lithium-ion and Sodium-ion battery technologies. He also insisted that the industry should participate in such initiatives through investments and CSR funding, and stated that this will help India achieve the required technological independence. Commenting on the CoE in Indigenization, Prof. Sood expressed that this initiative will provide much-needed R&D and product development support to MSMEs across the country and help promote industries and generate employment.