Mumbai, October 9, 2018: Silvermine Group launches Saveyra, India’s homegrown emoji, avatar and stickers app. Saveyra is designed specifically for a new generation of India’s youth, who like to express identity, emotions and greetings with images. Saveyra presents a visual language that celebrates both our unique identity and the diversity of our community. Built with love and teamwork, this language helps us clearly see that we are stronger when we are together. 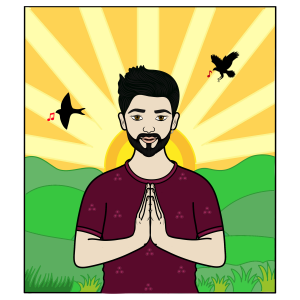 Saveyra, the app and keyboard, currently supports Hindi and English. It features avatars and stickers depicting a variety of emotions, greetings, and expressions. Avatars and stickers are customized for the user based on seasons, local customs, and the user’s design of the avatar. Dil ki baat, emoji ke saath.

“Saveyra represents dawn, a new beginning, full of hope and optimism. The Saveyra app infuses the distinct voices of India’s diverse communities with a modern sensibility, a union inspired by the colourful history and tapestry of India itself,” said Manish Jha, CEO of Saveyra.

“Designed to be fun and playful, Saveyra empowers a new generation of youth with a positive self-image. Rather than using technology to divide people based on gender, race, class, caste, religion, etc., the Saveyra team celebrates our differences, reminding us that all of the world is indeed one family,” Jha continued.

With offices in Bengaluru, Los Angeles, and Madhubani, the Saveyra team collaborates across the world to bring the latest episode of what our ancestors started thousands of years ago when they started drawing on cave walls.

Saveyra supports the major communications platforms, including Facebook, Twitter, Instagram, What’s App and Hike. Saveyra is adding new platforms all the time. Users can seamlessly browse for emojis and stickers within the keyboard and share their customized user created avatars.