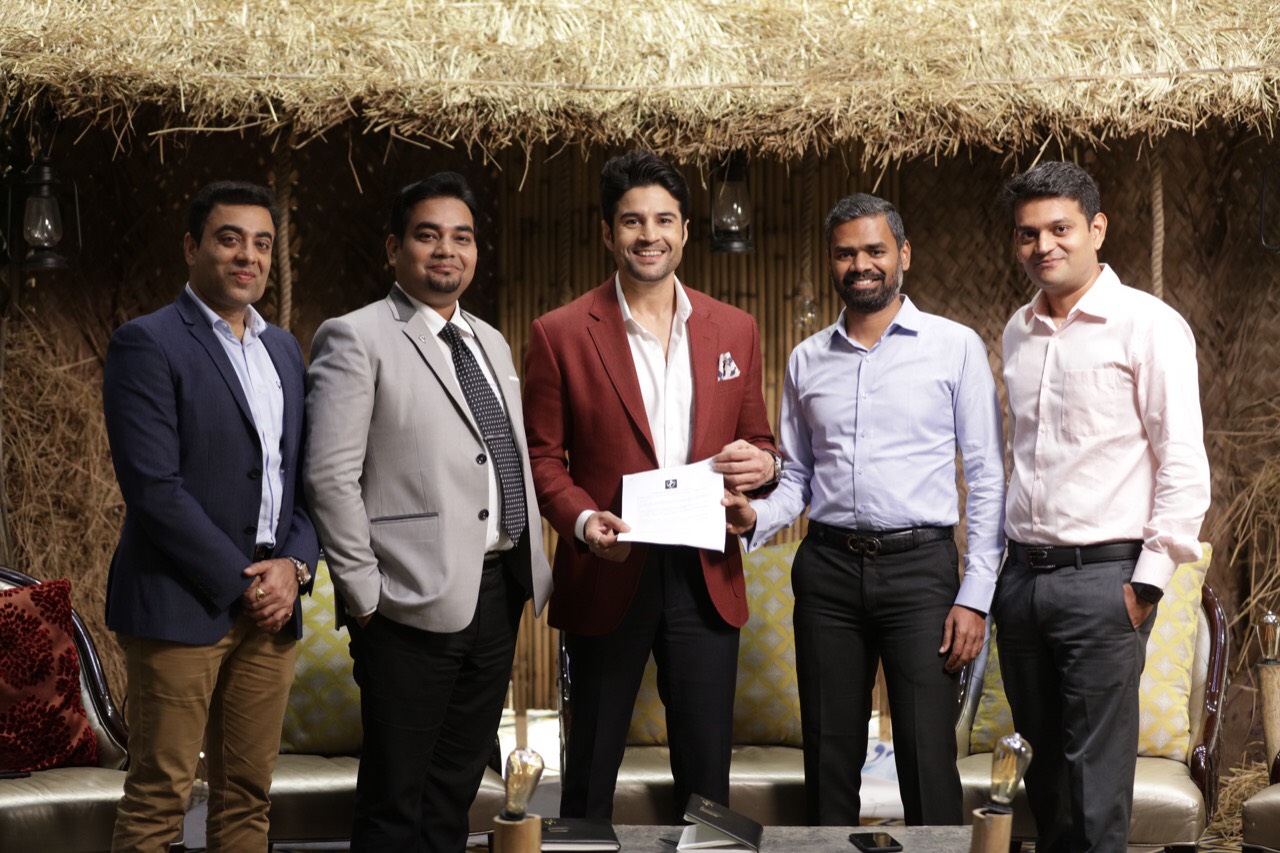 New Delhi, 24th September 2019: Horses Stables, the Indian version of the popular American TV show Shark Tank, shot its 2nd season on the 21st, 22nd, and 23rd of September at the Sheraton Grand’s Orion Mall in Bangalore. On the final day of the shoot actor, singer, and host Rajeev Khandelwal joined the show as celebrity panellist while Paytm served as a community partner for the three-day event. After a strict screening process among 200 applicants, 39 shortlisted start-ups, each with an innovative model, pitched to a panel of 8 investors. This season saw deals worth close to INR 16 crores closed, with the whopping biggest deal of 5.75 crores bagged by Digital India Payment.

Pitching startups had an uninterrupted 8 minutes to present after which a question-answer session with the panel began. While in Season 1, 59 startups made pitches and the conversion rate was 30%, in Season 2, 39 startups pitched and the conversion rate shot up to 50%. The increase in the percentage of successful pitches highlights that Horses Stables credibility is growing and it is raising the bar as a platform for raising funds. A portion of the success fee earned will be donated to Womennovators, an organization that promotes entrepreneurship among women.

Horses loved that participating start-ups had pre-assigned Investor Readiness Scores and were vetted during their first round of funding. They also enjoyed a one of its kind opportunity to invest based on quantifiable results and their intuition. Participating horses engaged with global investors and were presented with snapshots of investor readiness reports prepared by industry and financial experts.

Horses who participated in Season 2 included Rohit Goyal, a graduate of the CASS Business School, City University London. He has made numerous investments in India and abroad. Mohit Gulati, the CIO and Managing Partner of USD 20 million venture fund called ITI Growth Opportunities Fund. Vikash Sharma, founder of IC1101 Inc. a global conglomerate in STRATEGIC investments, research, and businesses intelligence. Kevin Saboo, an IIT Madras graduate having an MBA from IIM Ahmedabad. Kevin has experience in staffing, managing, and growing BPO enterprises in the financial and mortgage space in North America.

Other horses who participated included Nilesh Trivedi, a venture capital professional who has investment and operating experience across early stage, growth stage, and Fortune-50 companies. He has formed companies whose aggregate value has risen from zero to $275 million over the past few years. Tripti Shingal Somani, the CEO of KGS Advisors and founder of Womenovator, this brushes only the surface of her accomplishments. Chiranjiv Gill a noted businessman from Chandigarh. His existing portfolio includes SixerzGaming- Poker, Rummy, and Fantasy Sports.

Enterprise Innovation Challenge (EIC) Organised by NASSCOM CoE in Collaboration with MeitY to bring together Global Experts, Enterprises and Start-ups to Develop ESG use...

Innovation to Scale – reimagining the digital payments narrative through innovation

Temperature control, humidity and lifestyle changes will protect us from COVID-19,...

In Time of Need, IMA to Provide Free Access to Many...