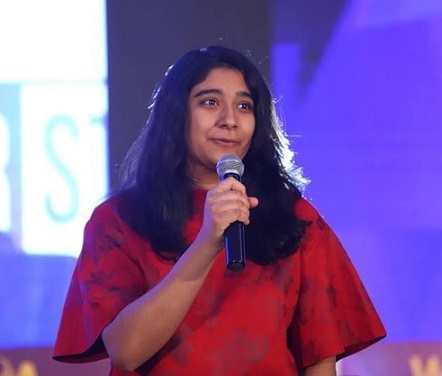 Bangalore, Karnataka, India: Ashoka: Innovators for the Public is proud to announce that their Ashoka Young Changemaker Garvita Gulhati and Founder of Why Waste? has been chosen to be on Board of the State of Youth amongst eight other inspirational young individuals from across the globe. The board consists of nine phenomenal Young Changemakers, four of whom are former Children’s Peace Prize winners. The other five board members are demonstrable Young Changemakers, who together represent the different continents, Garvita representing Asia.

“Here’s the next revolution, a historic moment, the day when youth recognise their community and power and come together for the first time as one whole, the State of Youth,” says Garvita Gulhati. “Nobody gave us a voice. No body listened to us. But now they don’t have a choice, because that’s how strong our voices are, when we are one. Undivided by borders, there is only one norm here – Change.”

The State of Youth aims to empower the Youth Community (13-24 years) by building a non-political, non-religious digital “state” that transcends borders. Increasing awareness, building advocacy and creating action against the most pressing issues (the SDG’s) the world faces today. The Youth Governing Board leads and oversees the overall vision of State of Youth.

Yashveer Singh, Global Executive Director, Ashoka Young Changemakers said, “It is critical for our future to have an ecosystem where young people could lead change from early on in life. Garvita’ s efforts to change behaviour of society to create positive change is an inspiration to our country’s youth. She will be a great ambassador to represent aspirations and possibilities which can be created by our country which has world’s largest youth population.”

Understand the impact of the Union Budget 2023-24 on the Indian economy through the eyes of business leaders and why they are optimistic about its potential.
Latest Startup News & Updates for Indian Entrepreneurs