Bengaluru | 24th February 2021: IndiVillage, a social enterprise focused on impact sourcing to deliver world-class BPO and ITeS solutions, has received an international award for its impact sourcing efforts. Honoured with the 2021 Global Impact Sourcing Award (GISA) in the Impact Sourcing Provider category by the IAOP (International Association of Outsourcing Providers), this distinction recognises the company’s efforts in transforming thousands of lives in rural India while offering world class services to clients across the globe.

Awarded for the advancement and promotion of impact sourcing in the industry, IndiVillage centres its sourcing efforts on combining purpose with profit, demonstrating that success and social responsibility can go hand in hand. In Yemmiganur, Andhra Pradesh, and Raichur, Karnataka, IndiVillage’s offices employ over 300 people from the local communities under its ‘Business for Good’ philosophy, bringing organised employment and better living conditions to areas that may not have had access otherwise. With comprehensive training and professional development, these teams help the firm deliver world-class solutions including image and data annotation, natural language processing, and content optimisation for industry-leading technology and e-commerce companies including Amazon, Appen, Alegion, Swiggy, Taranis, Mercato, and Inkers.

IndiVillage’s operations are centred on delivering a more significant impact for women and rural communities through thoughtful scale, responsible business, and employee-centred initiatives. Through its’ profit for all’ model, by redirecting profits back to the community, IndiVillage has touched over 35,000 lives through sustainable development initiatives such as access to clean drinking water, improved livelihoods, better healthcare, and standardised education.

“Impact is at the heart of everything we do,” says IndiVillage CEO Smita Malipatil. “From our procurement process to our employee learning initiatives and business plans, every aspect of IndiVillage’s operations delivers better lives for our communities. Impact sourcing is key to this approach, and we are committed to promoting the practice as the gold standard for the industry. Receiving the GISA from IAOP is an exceptional moment for us and is a testament to the incredible IndiVillage team’s efforts. We believe that progress is meaningful only when it is equal. This belief guides all of our strategy and planning, ensuring that our impact can scale year on year. That is the growth we’re after.”

Commenting on IndiVillage’s win, IAOP CEO Debi Hamill said, “Our world needs more responsible businesses eager to make a difference. Impact needs to be a metric that organisations measure and improve constantly. That’s what IndiVillage has done well. IndiVillage’s commitment saw it featured on our global Champions Index as an Impact Sourcing Champion last year and winning the award category this year reflects a stellar effort. By building its success on the back of several improved lives, IndiVillage is notonly setting an example for other companies to follow, but also bringing awareness to the fact that profit and purpose are complementary, not contradictory, goals.” As the first Indian ITeS company to be a Certified B Corp, IndiVillage has a reputation for setting and meeting the highest ethical and moral standards, factoring in community impact and sustainable scale into the business’s growth. The GISA marks another milestone in its journey towards achieving a vision of a fair world built through ethical, inclusive, and transformative sourcing. 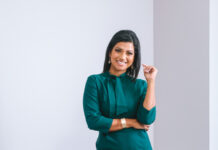 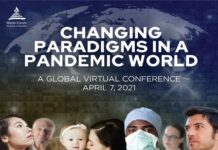 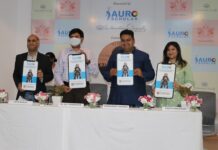 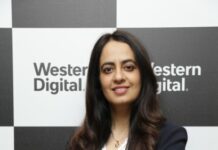 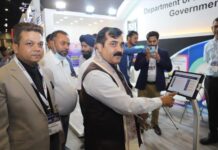 GrabOn in Association with Ovenstory, Droom, and Fastrack brings you Christmas...