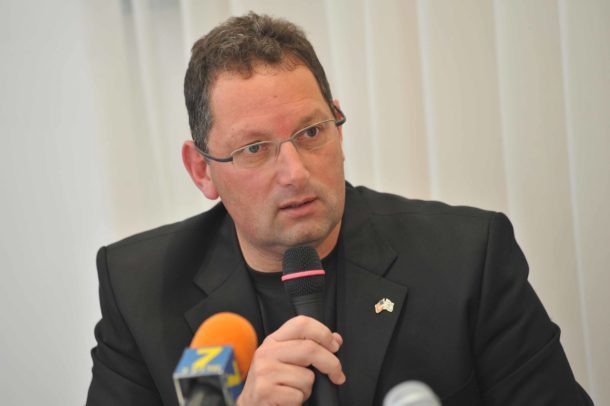 ~With the country gearing up for legendary projects including Smart Cities and Digital India Program, a pro-active cyber security approach will be pivotal to prevent disasters of immense magnitude~

New Delhi, March 28, 2017: Vital Intelligence Group, one among the globe’s leading cyber intelligence companies has highlighted a unique self defensive approach for India to keep a check on the growing cyber intrusions in important institutions of the country.

The company which recently rolled out its cutting edge Virtual Intelligence Collection Analysis System (VICAS), a suite of predictive open source Intelligence solutions for a 360 degree protection from cyber threats, has also zeroed in on ambitious initiatives including Smart Cities and Digital India Program, which would further increase the intensity of targetted attacks in the country. ”It is necessary to deal with the security aspects of cyber life, and not only to imagine what todays but also the future cyber battlefield might look like and the requirements needed to be victorious in the most proactive of ways,” says Marc Kahlberg, group CEO and MD, Vital Intelligence Group.

Smart Cities and Digital India programs come as two pioneering initiatives in the country being specially endorsed by honourable Prime Minister, Narendra Modi. The programs aim to provide last mile high speed internet connectivity to the citizens of the country as well as construction of 100 smart cities for inclusive development of India.

”Since Internet of Things (IoT) will play a pivotal role in Smart Cities for a connected framework, a cyber intrusion in such a scenario can wreak havoc, with an unimaginable loss to the country. Cyber warfare must allow for the initiation of proactive and self defensive operations against remote targets without risking the lives of citizens police officers and soldiers while protecting critical and strategic infrastructure without neglecting the masses of soft targets,” added Marc.

The company has also highlighted the importance of turning information into Vital Intelligence and believes that new military divisions and policing agencies must be created or upgraded and advanced as cyber war is not only a buzz word or trend but plays a major role in the revolution of cyberwarfare and the battle against an almost invisible enemy.

”The birth of real-time information collection, correlation and deciphering in real-time creating actionable vital intelligence is now mission critical. For the first time, it is possible to provide information collected somewhere, almost without delay, to a soldier, law enforcement officer or CISO located elsewhere who needs intelligence for the actual battle he or she is engaged in,” says Carmit Yadin CISO of Vital Intelligence Group.

The company has also listed some uniform order into the complexities of Cyberwarfare which pinpoints at knowing the enemy:

This market is not only changing everyday but becoming more vulnerable says Jacob Cohen the Group Chairman.