Ø What is your mission:
Our cricket-crazy-country has 170 million football fans but there is not one platform that caters to them. Most of the Indian fans of the beautiful game keep in touch with their groups only on WhatsApp. We are creating the 1st social network for fans, clubs and brands to bring them all under one platform – FootTheBall (FTB).

Copa America 2015 Final. Penalty Shootout. ‘Underdog’ Chile beats a ‘Messi’ Argentina to lift the trophy for the first time since the tournament began a century ago. At that time, Sumon K Chakrabarti was heading the digital team at Focus News.

“On our website, we were focusing more on football rather than cricket because we could’ve done nothing unique or different than what other platforms were doing when it comes to covering cricket. On the day of the Copa America final, our live blog was the fifth-highest ranked page in the entire Asia Pacific region. And that was my moment of epiphany,” says FootTheBall Founder-CEO Sumon K Chakrabarti. He soon ended his two decade long journalism career and took the plunge into the world of start-ups.

In September 2015, Sumon founded the new-media start-up Buffalos Soldiers Media and Strategists – the parent company of FootTheBall.com. “We all had our day jobs back then and were about to put in our papers. Three months later, our lean mean team of five people began bootstrapping full-time for the start-up,” recollects Chakrabarti. Ø What is your corporate vision? Where is your company headed?
With a special focus on the emerging leagues of China and India, we are building the first exclusive ‘Social Network’ for global football fans in partnership with a Silicon Valley start-up. Over the past two months, more than 10,000 fans have visited our site FootTheBall.com for the kind of content we’re creating. Inside the FTB app, you can also ask anyone to be your webcam if they are watching the game from the stadium or the local pub. In the next couple of months, we will be running a pilot with Chelsea and Liverpool fans based in Delhi-NCR.

Ø What are your strengths, weaknesses, opportunities and threats (SWOTs)?
FIFA has called India the “sleeping giant of Football.” In 2017, India will be hosting the Under-17 FIFA World Cup. The Indian sports ministry has termed this as an opportunity that could bring about a “transformation in Indian football for generations to come.” FIFA’s Director of Marketing Division Thierry Weil has said that the commercial power is now shifting to Asia, and India and China are the key powerhouses. According to industry experts, football in India caters to a market worth Rs 1,500 crore. Statistics suggest that in the next five years, the sports industry in India will be at par with the entertainment industry.

Ø What does your brand promise? As it grows and evolves, what can stakeholders count on you to deliver?
The way forward for us is to launch FTB China. In our platform, we will bring more of gamification and open the space for user-generated content. Our core tech team is working on intelligent user data to bring ‘different homepage for different people’ on our website and app. 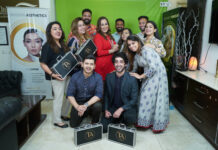 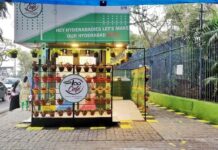 This Bengaluru-based Startup Solves Sales Conversion Problems With the Next Generation...