14th December 2019: VMate, a trending short video platform launched in 2017, has been embraced by a large number of Indians. The platform is well-liked for empowering common people with easy-to-use video editing tools, innovative VR stickers, and interesting duet functions to create unforgettable moments and interact with people in the VMate community. In India, millions of people showcase their life moments on VMate every day, and some of them have been able to actualize their dreams of earning a livelihood through VMate videos. Today, we will look into some of the VMate creators storming social media with their sheer talent.

Anju Singh – A star away from Mumbai

Anju left Mumbai leaving behind her dreams of becoming a Bollywood Star, but kept on pursuing her passion for acting on VMate. She joined VMate in July 2019 with the sole purpose of utilizing her acting skills to create & share entertaining vlogs on her life.

Seldom did she know that her VMate videos will contribute to her popularity and position her as a local celebrity in her community. Hailing from a humble background, Anju always had a keen interest in acting and even shifted her base to Mumbai to realize her dreams of becoming an actor, but she found success on VMate. Currently, she is not only enjoying her fame but is also earning around INR 1-2 lakhs every month. Today, Anju is able to afford a good lifestyle for herself and has even received a few role-offers from regional movie makers.

Anju is a star in making and is keen on creating videos which are engaging and appeals to her audience. She even travels to a village which is around 50 kms from her location just to bring alive the essence of her creations.

Naina Jee shot to fame through her incredible acting skills on VMate. She is a resident of Bulandshahar, Uttar Pradesh and started using VMate in March 2019. Within a few months of joining VMate, she managed to cross more than 2 million followers and got listed herself among top 3 creators with maximum followers. She is known for her inspiring personality and the courage to transform her hobby into a lucrative earning opportunity. Today Naina is earning around INR 2 Lacs a month and is able to support her family with a decent lifestyle . Naina is now a proud owner of a flat in Ghaziabad and is happily spending her life with her child and husband.

Abdullah is a 24-year-old young man from Moradabad, Uttar Pradesh and is a civil engineer by education. He is a passionate and self-taught stunt-man who loves to create nail-biting, action-packed videos on VMate.

Today, Abdullah is focusing on his passion and skills and is also earning more than INR 1 lac a month. With more than 5.5 lakh followers on VMate, Abdullah is addressed as a real-life hero, and is thankful for building a life he cherishes dearly. He strives to create amazing videos and continuously scouts for suitable locations to plan his stunts on a daily basis. While he performs his stunts, hundreds of people can be seen gathering around the site to see him perform the stunt live. His growing acceptance among his fans has made him a star and a promising VMate video creator. He aspires to own a gym someday and wish to inspire people, especially kids to take up fitness seriously.

How Can You Treat Diabetes the Ayurvedic Way 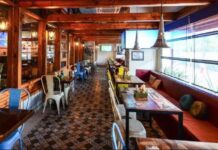 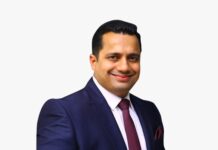 Are you job ready for the changing times? By Dr Vivek Bindra, Founder & CEO Bada Business 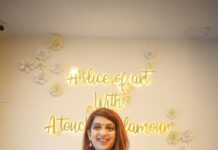 The Busy Entrepreneur: Breathe! Here are some tips for busy entrepreneurs on how to achieve work-life balance

IT to be Indian GDP’s growth booster in the next 10 years, The bright future ahead for Indian IT sector

Managing finances and debts during the COVID 19 crisis

The rise of Bitcoins as a Digital Currency!

Modere – A Home of Health, Wellness and Fitness Products

Disruption To Opportunity: Sectors That Witnessed Growth During The Crisis