Strong, fair, sword-flinging prince saving meek, beautiful princesses are prevalent in children’s literature across the world. It’s no wonder,a child grows up  they grow up with subconscious beliefs of what men and women can and cannot do, and what they should aspire to be and look like.

By the time they hit puberty and before their conscious mind is even fully developed, these ideas become the ‘truth’ or ‘beliefs’ for them subliminally, and the rest is history…and the present state of the world.

Here enters The Irrelevant Project (TIP) with a goal to interrupt bias, prejudice and stereotyping in spaces of everyday learning. Started by me (Meghna Chaudhury)  and my friend (Alishya Almeida) in 2016, the project strives to do justice by its very name: Make gender, colour, caste and other fixed definitions of identities simply irrelevant

Between the both of us, we realized the importance of feminism, inclusivity and diversity awareness/sensitization in this world. We started TIP in 2016 (Aug), starting with a workshop in a government school. Soon, we realized that stories were a powerful tool to influence mindset change which is when we shifted trajectories and decided to enter the world of children fiction. Constant research, discussion with peers, analysis of the Indian children literature diaspora led us to selecting 5 themes. We then sought the help of like minded people ; champions and believers of an egalitarian society , and undertook the ambitious task of writing/illustrating/printing these 5 stories. On the 13th of January, 2018, we finally launched our books and the response to it as been positive and constructive so far. .

The stories, albeit simple are highly nuanced when read with a trained eye. For example,; we wanted the stories to be less moralistic and more adventurous, we wanted child protagonists because we wanted children to know that they, themselves, were enough. Our illustrations have also been carefully thought through – we have brown skinned characters, characters with hair on their body, non-petite children etc.

We do not consider ourselves to be a publisher/bookstore. It is only that our first offering is fiction; we now are actively creating worksheets of our books so that children can continue to interact with our characters and also share research on our instagram page so that interested people can apply these findings directly in their life. You can check it here.

As I said, currently we have 5 books. A brief summary of them would be as follows –

What’s next for TIP? Where do you see yourself in the future?

Currently, we have two set of visions in mind which I would like to sum up as follows –

There can be other visions or projects that we take up in future but one thing that would remain constant is TIP’s aim of disrupting gender prejudices by making them “irrelevant”. 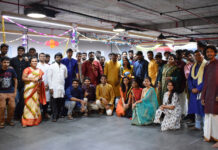 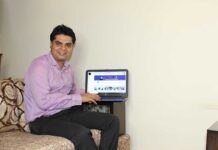 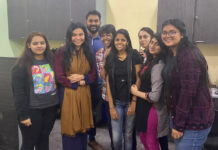 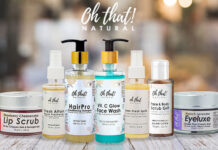 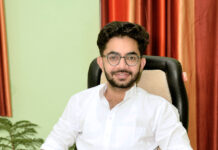 This Mumbai-based startup brings farm mechanisation into the digital age

How this Delhi-Based Startup has revolutionized Personalized Gifting Industry

How this bootstrapped HR software company became the choice of 3750+...