Pune, November 3, 2016: Children from the weaker section of the society in the city of Pune had a wonderful Diwali with full fun and jubilation. The two budding entrepreneur of the city, Vedant Goel and Yusuf Soni introduces FutureOfTomorrow Initiative, taking children for a mall visit and meal at McDonalds.

There are still a couple of kids who have never set foot on a shopping centre, the FutureOfTomorrow Initiative has been designed for the children of the weaker sections of society who are financially not that strong by two entrepreneurs Vedant Goel and Yusuf Soni to help them experience a bit of the urban lifestyle and feel a little privileged. 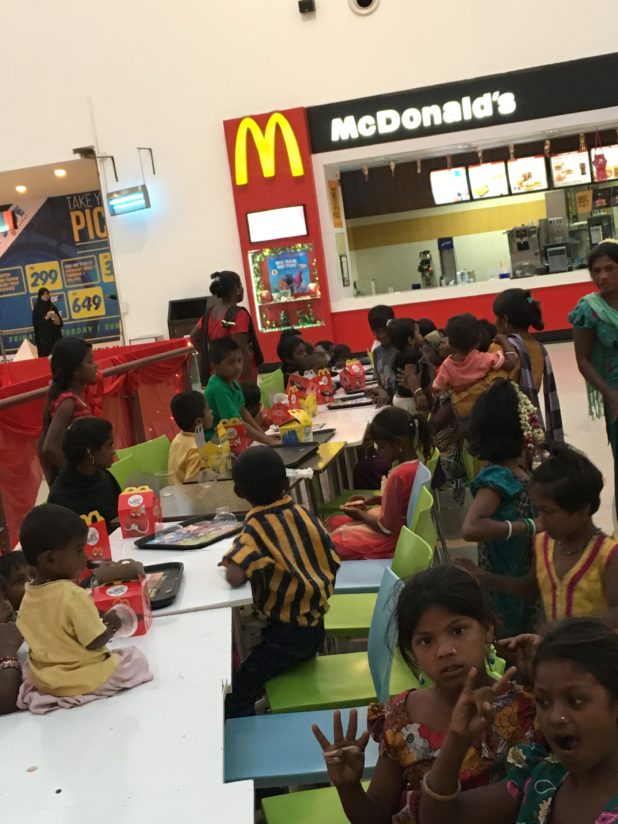 Speaking about the initiative Vedant Goel states, “We all think about ourselves, but no one thinks about needy children. We have recently taken up the initiative this Diwali and tried to do something to uplift the weaker sections of the society. We brought 50 needy children to mall and explained them the importance of education and took them to McDonalds and had a meal. Our main motive was to motivate them to get the education and learn a lot of new skills which could in future help them to earn a living for themselves and their families.”

“We initially had to face a lot of difficulties and arrogance from people who thought that malls are not made for such weaker sections of the society. But, with sensible arguments, we managed to get a lot of support from people who were earlier against them. We made sure the kids had a gala time and also had an opportunity to enrich their knowledge. All the kids enjoyed thoroughly and to add an icing to the cake they were given a full meal treat at McDonalds,” Yusuf Soni told. It was an effort to let them know the advantages of being equal to the general public.

It is a sincere effort to bring the like-minded people to help these financially weaker people to improve their abilities. “You can help them when they or their family come across medicinal issues. If they’re unskilled, help them to figure out how to upgrade their knowledge and skills. Urge them to utilize any extra time they get to peruse and learn new things. By doing so, we can bring them at par with the general public and they will for sure prove to be a boon for the nation”, said Vedant Goel, the organizer of FutureOfTomorrow initiative.