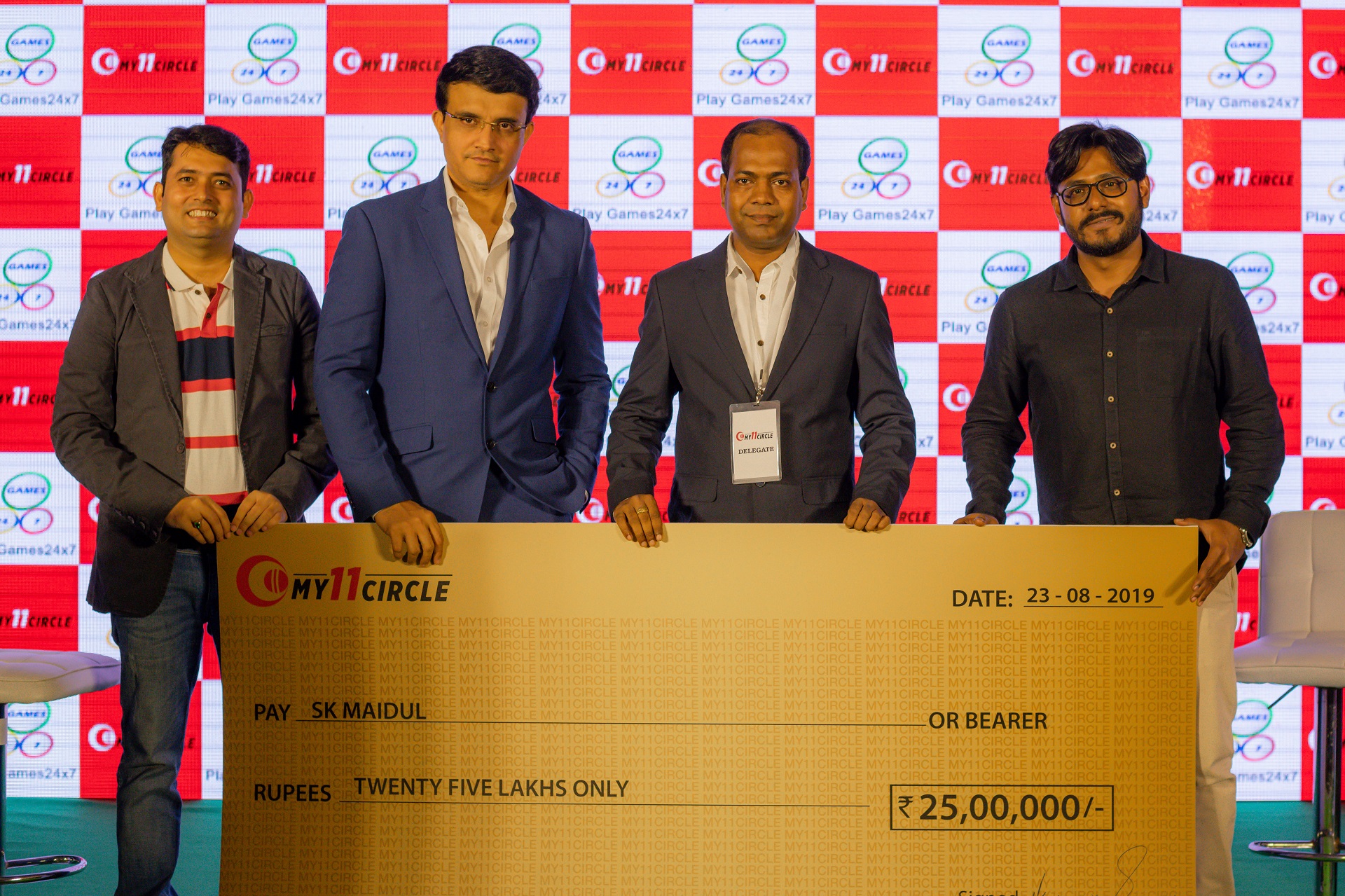 Mumbai, August 23rd, 2019: My11Circle is India’s prime fantasy cricket playing game, which recently roped in our favourite former Indian team Captain Sourav Ganguly as its brand ambassador. Mr Ganguly’s inclusion enticed many cricket fans to join the platform. Additionally, his involvement in the game compelled numerous fans to participate in the Fantasy League. During the get-together, he awarded the winners of the contest ‘Beat The Expert’. And will have a talk with the top 50.

Play ames24x7 Pvt. Ltd. spearheaded gaming enthusiasts into the Indian online and mobile gaming space. My11Circle a product of Play Games24x7 Pvt. Ltd. Which provides a gaming arena for cricket fans to reward their leisure time by daily cash prizes. But playing fantasy cricket is more than just money; it gives you an adrenaline rush as it puts you in control. You can make your own strategy, play your own game and decide for your team members.

The players get to choose their own teams that would include batsmen, bowlers, wicket-keeper, a Captain and a Vice-Captain. And the cumulative performance of the team decides the number of points that each team earns. The team which earns the highest points wins cash rewards.  But the fun doesn’t end for the registered players as they get an opportunity to play with Sourav Ganguly and win 5 times more cash rewards. To play this game all one needs is a basic understanding of cricket.

In the latest World Cup fantasy league, the winner of the ‘Beat the Expert’ challenge Tufan Ghosh a resident of  Birbhum, West Bengal, went back home with the ultimate award money of INR 1 crore. The first runner-up Maidul Ali won a bumper award of INR 25 lakhs.  After a successful launch My11Circle  got over 4 million installs and over 2 million installs during the world cup alone. Furthermore, Over 4 million teams participated in the contest against Sourav Ganguly’s team during the world cup as part of the special league “Beat The Expert”.

At the award ceremony, Sourav Ganguly said, “Being a part of My11Circle has been an exciting journey so far. The levels of engagement brought about in this game have made me feel very involved, and I believe that the rest of the players on the platform enjoy the game just as thoroughly. I had a great time participating in the contest and I would like to heartily congratulate all the winners of this fantasy tournament.”

Saroj Panigrahi, Vice-President & Avik Das Kanungo, Brand Head from My11Circle remarked, “Taking fantasy cricket to the next level we are the only platform where one can play with the champions of the great game in real-time. It is really heartening to see how My11Circle has had a great run in this World Cup season. Major credits to this scale-up go to Mr Sourav Ganguly, who took Indian cricket to new heights during his prime, and is helping us with the same in the digital world now. My11Circle is all about cricketing knowledge, strategizing skills, and most importantly—passion. We are thrilled to have Sourav as a part of the My11Circle family, and we hope to continue engaging our users with loads of action and fun in this limitless world of online fantasy.”

Play Games24x7 was established in 2009. Since then, they have led the vanguard in the field of online gaming in India. They have also been India’s highest-grossing mobile game with six games on board. Tiger Global Management, an influential US-based launching ‘Fantasy Cricket’ on My11Circle this year and bringing Sourav Ganguly onboard helped the company to boost their popularity and sales.

My11Circle attracted a tremendous amount of attention during the World Cup with over 2 million registrations and downloads within a month. Besides, their devoted fans have been faithful post the World Cup season too. Play Games24x7 with its recent achievements is set to mould and expand the domain of online fantasy games in India.