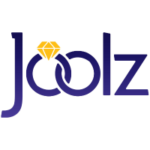 Joolz, an online jewellery community and a marketplace that facilitates jewellery retail, has taken the Indian jewellery industry by storm. The enterprise has recently raised USD 500K funding as a part of its Pre Series A round from ah! Ventures and others. This current seed round was also led by Mahesh Ahuja – CEO, Brittman India, Sri Peddu – MD, Powerhouse Ventures, M&S Partners, Deepak Kasthwal –  ex- CFO, OLA Cabs, PKX Thomas – ex Technology Head, Cleartrip, Neha Shah and angel round by GSF Accelerator.

Online jewellery in India is seeing rapid growth signs in recent times. But that is mostly focused on smaller ticket items ranging between INR 15,000 and INR 30,000. The Indian consumer has been buying jewellery in a certain way for the last decades, and for traditional and larger ticket items, this is not bound to change soon. Through Joolz, Founder Arnaud Lorie is looking to help consumers discover prices and options online and facilitate the offline process of buying the jewellery.

Founded in May 2015 with total team of 9, Joolz is an India-focused community and marketplace that brings together leading jewellery brands on a single platform. The startup aggregates and curates high-quality jewellery inventory and offers its consumers an unmatched discovery and shopping experience. Joolz is more than just an online sales platform, it enables two-way interaction between jewellery buyers and sellers through discussion, discovery and education. It is accessible as a smartphone app on Android and iOS platforms and on the website www.joolz.in

The primary objective of the recent fund infusion is to boost operations, products, marketing and further build up its team. The plan is to reach a new group of brands and investigate new revenue models, in order not to be a company solemnly focused on the online traction. The offline jewellery industry valued at over $40 billion, has a large opportunity untouched by technological initiatives.

Commenting on the unique proposition of Joolz, Founder Arnoud Lorie says, “Buying jewellery is so closely intertwined with Indian culture that the act of simply selling it online is not going to create any significant impact in the market. We therefore want to be the single biggest facilitator of jewellery commerce, whether online, or more importantly offline.” Born and brought up in Belgium, the diamond capital of the world, Lorie moved to Israel when he was 18 to join the army. He then joined his family’s company International Gemological Institute (IGI), the largest certificate company for diamond and jewellery worldwide, and has now been living in India for past 3 years. After training in one of the largest diamond factories in Navsari, Gujarat for 12 months, he started working on this new business venture – Joolz. 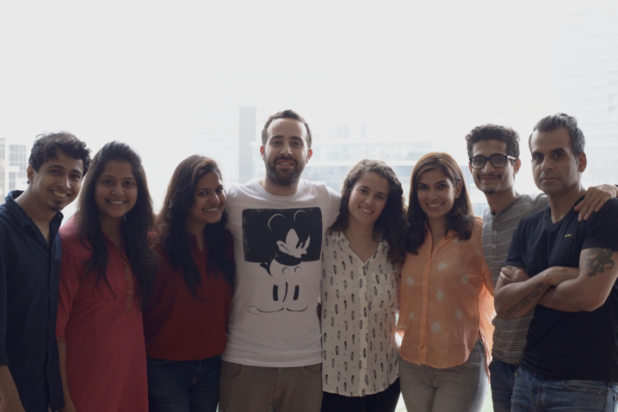 Commenting on the thriving start up, Powerhouse Ventures’ Managing Director Sri Peddu opined, “What attracted us most was the company’s rich understanding of the jewellery space and the passion with which they are planning to transform the way consumers interact with jewellery, online and offline.”

Joolz, in a short span of time has reached an average selling ticket size of about INR 25,000 in an industry where the offline ticket size is still hovering at INR 15,000. It has even managed to clock sales that have ranged up to INR 3 Lakhs.

Giving an investors’ perspective, Harshad Lahoti, Founder and CEO of ah! Ventures, said, “The online jewellery market in India is expected to grow at $3.6 billion over the next three years, which in itself makes the sector a lucrative one to invest in. In addition to that, given the background of the founder and their in depth understanding of the business, this enterprise has from the very beginning started off on the best foot possible. Jewelry business in India, as is in any part of the world, closely related to the culture and the emotional binding of the people buying it and only a team with understanding of this fact can successfully drive a business in this sector, to the top. We at ah! Ventures see that spark in Arnaud & his team and we are sure to see them being game changers in this industry.”

ah! Ventures is India’s first full-spectrum (seed, angel & VC) investment network and platform comprising of over 800+ investors, including some of the renowned angels and early-stage VCs. Founded in 2010, ah! Ventures has systematically disrupted the early stage funding ecosystem of India through its innovative approach toward startup investing. First of its kind initiatives like the CLUB ah! platform, ah! Angels (India’s largest angel network), ah! Seeders and ah! VC networks (India’s first seed & VC investment networks), have brought together and integrated the previously segregated startup funding lifecycle, under one roof. CLUB ah! platform today has over 12500+ startups, 725 seed/angel investors and over 85 VCs & institutional investors, making it one of the largest platform of investors and startups. The network also last year secured its first profitable exit from Ed-tech venture Harness Handitouch within 2 years of its investment. ah! Ventures has till date invested close to INR 90 crores in over 28 startups spread across varied industries and domains.

Commenting on the strong partnership between Joolz and ah! Ventures, Founder Arnoud Lorie said, “ah! Venture has immensely helped in quick closure of this round. Fast and efficient, they managed to add great value in terms of executions and and in bringing valued investors on board.”

ah! Ventures is in the process of closing 2 more investments in the coming week.

About Joolz
Joolz is an online jewellery community and a marketplace that facilitates jewellery retail, both online and offline. Joolz aggregates and curates inventory to offer consumers an enjoyable and rewarding shopping experience. Through behavior analytics the jeweler will get to know his customers and be able to curate to them, in order to increase sales and set trends. Joolz is not just a sales platform; it is a community that breeds interaction, education, discussion, and feedback analysis.

About ah! Ventures
ah! Ventures is a growth catalyst that brings together promising businesses and investors by creating wealth creation opportunities for both. ah!’s unique model serves investors, entrepreneurs & enablers through a unique blend of customised services, skill, and industry & domain experience. Founded in 2010, ah! Ventures has systematically disrupted the early stage funding ecosystem of India through its innovative approach toward startup investing. First of its kind initiatives like the CLUB ah! platform, ah! Angels (India’s largest angel network), ah! Seeders and ah! VC networks (India’s first seed & VC investment networks), have brought together and integrated the previously segregated startup funding lifecycle, under one roof. This, coupled with ah! Impact network, an impact investment network for investing in social enterprises and ah! Mentors network, a mentor network to engage with startups in their growth and expansion, has today made ah! Ventures one of India’s most respected change leaders and a formidable industry force to recon with.

Data Shows That the Growth of Rural India Creates a New...