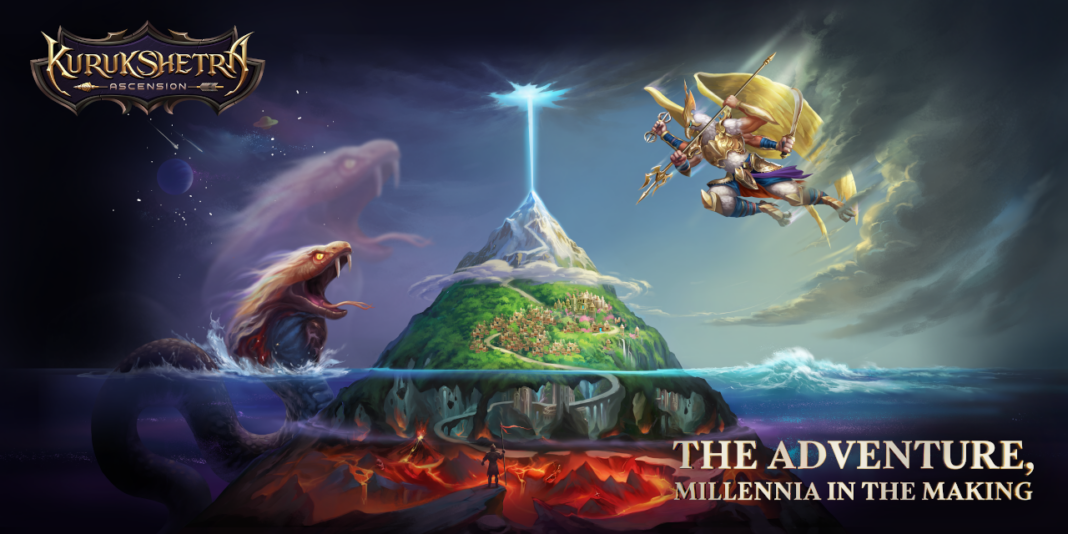 India, January 25 ,2023: Studio Sirah, a game studio that specializes in creating unique, Indian-themed games, announced that it has raised $2.6 million in a pre-series A funding round. The round was led by Kalaari Capital, an early-stage, technology-focused venture capital firm, and joined by seed investor Lumikai, an Indian venture capital fund focused on gaming and interactive media. The studio plans to use the funds to launch its flagship title, Kurukshetra: Ascension, a free-to-play card battler game, globally by June 2023.

The funding will also support the development of the studio’s second title, which aims to be even more ambitious and expansive. Kurukshetra: Ascension is based on India’s two great epics, the Mahabharata and the Ramayana, allowing players to assume the roles of ancient legends such as Arjuna and Sugriva, collect divine Astras and mythical creatures, and compete in thrilling online duels. The studio is also adding an expansive story mode, in which players’ choices determine the fate of the universe, through a grand tale of warring gods, conflicting philosophy and the nature of Dharma.

Expressing his views on the fundraise, Abhaas Shah, Co-founder & CEO, Studio Sirah said, “Over the last year, we have worked hard to build a mid-core gaming studio from scratch, and launched a game which has both cultural resonance and global quality. The response has been amazing, both in India and abroad, and it is evident that there is a huge (and growing) market for uniquely Indian content. We are deeply grateful to Kalaari for joining us in this journey, and to Lumikai, for believing in our vision from the very beginning. Over the coming decades, we hope to not only entertain Indian gamers, but to take a slice of India to the world at large.”

With over 120K organic downloads in beta, Kurukshetra-Ascension is available in early access on Play Store and Steam. A dedicated follower base on Instagram and a close-knit Discord community that has helped build and test the game from its MVP days reveals a growing appetite for India-based gaming content. Their current user base is deeply engaged, with a DAU/ MAU ratio exceeding 20% and average session times of over 25 min.

Commenting on the investment Vamshi Krishna Reddy, Partner at Kalaari Capital
said, “The Midcore genre like CCGs has done well globally, including China and Japan – but is severely under-penetrated in the Indian market. There is immense potential for more core IPs to come out of India. When we first met Abhaas and Prateek, we were in awe of the passion with which they were building Kurukshetra and saw a clear whitespace. With stellar artwork and innovative gameplay – Kurukshetra has already garnered a lot of appreciation from users and we are excited with what lies ahead.”

Commenting on the investment Justin Shriram Keeling, Founding General Partner, Lumikai said, “We’re immensely proud of Abhaas and Prateek for building such a high quality midcore game studio over the last year. Kurukshetra Ascension has been lighting up the community and is widely anticipated ahead of its full release next quarter. Our recently published ‘India State of Gaming 2022 survey indicates that 80% of players have a strong tendency to play games with Indian IP., and we believe that games with culturally resonsant themes have the potential to significantly disrupt the Indian gaming market – especially in the midcore category. We’re excited to see Studio Sirah evolve to the next stage in their vision to create world-class IPs with culturally resonant content.”

Kurukshetra: Ascension is the first title from a team of two brothers, Abhaas Shah and Prateek Shah, avid gamers with strong technical backgrounds. They aim to build a new white space in the gaming industry with their rich Indian themed IPs that are gaining huge popularity across the globe. Prior to this, Studio Sirah had raised $830,000 in September, 2021 in its Seed round led by Lumikai and a pool of renowned angels such as Akshat Rathee (founder, Nodwin Games), Alexis Bonte (chief operating officer, Stillfront Games), Piyush Shah (cofounder, Inmobi), Roshni Rathi (partner, BCG), and Sameer Pitalwalla (Head Of Gaming, Google Cloud).