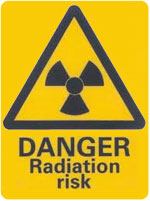 Gurgaon, May 2018: Brightsandz Technologies, a leader in providing EMF shielding solutions for better health and environment, has released the findings of a survey conducted to measure the impact of harmful radiation emitted from electrical or domestic appliances installed or operating within the house on women’s health.

As per the estimates of the survey, 75% of 500 female respondents are high cell phone users as their call duration is above 45 mins per day whereas a study published by AIIMS in 2017 restricts the mobile phone usage threshold to 45 mins a day. Moreover, these 75% are also high laptop users who use laptops for approximately 4 to 8 hours in a day. The radiation exposure from laptop is 40 times higher than the human tissue and body threshold which makes them more prone to tissue damage leading to skin cancer.

Results of the survey also show that 80 % of 500 female respondents are well aware of the negative effects of EMF radiations on themselves and their families. However, a certain reluctance has been observed despite of this which can be related to over indulgence and convenience so much so that this has become a lifestyle.

In addition, AC stabilizers are also considered as one the significant sources of EMF in homes. Close to 70% of respondents have stabilizers placed in less than 5ft. of the head area in their bedroom which results in disturbed sleep patterns. EMF in bedroom disrupts sleep and body repair functions initiated by the hormone Melatonin leading to an unhealthy sleep pattern and fatigue.

Dr. Yogesh Deshpande, Mumbai, General Physician, “These days most of the electrical appliances have LED lights. LED lights emit at wavelength of 400-500 nano meter which suppresses the production of Melatonin produced by Pineal Gland. It results in poor sleep and the resting period. It is advisable that one should be cautious as most of the appliances has LED into them.”
“Also, another major concern is Microwave as it has EMF and affects women health if used frequently. The effect depends on the amount of electromagnetic radiation which is released. These radiations affect the hormonal secretions and DNA which can be a cause of malignancy. Some special precautions must be taken in pregnancy as it leads to the low weight baby & can affect the health of the foetus. As a precaution, one need to check leakage and should try to avoid maximum frontage of microwave by using ‘Timer’.”

Commenting on the aim of the survey, Manas Ganguly, ” Founder of Brightsandz Cleantech Technologies, said, “Adoption of technology is on its peak. There is no doubt that electrical appliances at home make our everyday tasks much easier and convenient. However, the duration of use and proximity to such devices can be considered as one of the crucial factors behind the impact of EMF exposure. Through this survey, we intend to create an awareness initiative as against use of shielding products. ”

Apart from advocating the use of shielding products at home, Brightsandz also endeavours to educate society about preventive measures that can help them lead a better life by having a quality sleep.