Entrepreneurship has become more popular than ever before. ‘Becoming your own boss’ has become increasingly attractive and hence people prefer investing their time, efforts, and finances on a venture which they can address as their own rather than applying for jobs, waiting for their selections, and then working under a manager.

A notable fact is that there has been a significant increase in the number of women initiating their entrepreneurial journey and the trend gained momentum during the pandemic. While in urban areas, this can be attributed to the availability, and accessibility of technology, the internet, and increased use of social media; in rural areas, it is still a budding concept but has been enormously picking up pace ever since COVID-19 entered our lives.

Due to the adoption of ‘Digital India’ initiatives, digitization is foraying into the rural areas as well and this has facilitated the rise of women entrepreneurs in rural cities of India. The increase of social media usage has allowed for platforms that encourage networking and knowledge sharing to aid in this trend. ChekMarc is a global community where meaningful connections empower members to help each other achieve their goals in a more secure, private, positive and meaningful way.   The firm has analyzed key trends in the growth of women entrepreneurs throughout 2020. This report titled, ‘How social media and networking platforms have been a game-changer for women entrepreneurs in rural cities of India’ highlights the increase in women entrepreneurs from rural regions of the country and the factors pushing their growth.

Highlights of the report

The findings of the report are based on the trends observed in the year 2020, immediately following the pandemic in the rural cities of Agra, Indore, Surat, Bhubhaneshwar, Bhopal, Kanpur, Madurai, Nellore, Guntur, and Kota just to name a few.

Highlights of the report are as follows-

This growth is primarily due to-

·         Accessibility of internet and social media

·         Favorable working conditions and required support from the loved ones

·         The abundance of talent and labor amongst females

·         Increase in awareness and education levels

The Indian start-up ecosystem has welcomed women entrepreneurs with open arms and this trend is indeed picking up pace. Over the past decade, female entrepreneurship increased at a nominal rate. However, the pandemic came as a blessing in disguise and drove the growth of this trend. The outcome was that women entrepreneurs from the rural cities got an opportunity to come out of their shells and kick start their entrepreneurial journey.

Social media and networking platforms are powerful tools in the present times. They play an important role in empowering women entrepreneurs especially in rural cities in various ways. Some of the major ways through which they extend a helping hand is by –

Despite the pandemic, women in rural cities saw that time as an opportunity and worked hard to turn the situation by initiating their entrepreneurial journey. Increased penetration of social media and networking platforms has given an opportunity to females to convert their passion into a source of income.

Women entrepreneurs think out of the box and aim to mark their presence in new markets.  They work hard to come up with innovative products and tap into unknown markets. Examples include business-focused schools, eco-friendly sanitary and hygiene products, unique kitchen products, etc. Rural females specifically have realized the need to be independent and financially stable.

Today India has 13.5–15.7 million women-owned enterprises and they represent 20% of all enterprises as reported by Google and Bain and Company. This is indeed a huge number and it is mostly comprises single-person enterprises, which provide direct employment for an estimated 22 to 27 million people. However, the alarming truth is that a majority of females are household managers and homemakers. A minority of females step outside to work. Women have to face structural, social, economic barriers and challenges of stereotyping and biases.

Inc 42’s Analysis by Datalabs shows that only 20% of the total startups in India are based in Rural and Tier 3 cities, with over 5,800 startups in Rural cities alone. Funding of $87 Mn was raised outside of the tier 1 cities in 2020 compared to $234 Mn raised in 2019. Additionally, rural solopreneurs comprise of approximately 38% share of the women entrepreneurship ecosystem.

One of the reports published by Cisco states that while India’s population is estimated to touch 1.42 billion by 2023 and we are already using 1.5 billion-plus connected devices. The same report also indicates that by 2023, India’s internet users are expected to cross the 900 million mark with connected devices touching a figure of 2.1 billion by then. This implies that the increased use of mobile phones will eventually lead to a rise in social media and networking platforms usage thereby carving the path for women entrepreneurs especially in rural cities to come forward and pursue their dreams.

Sharing her views on the emerging era of women entrepreneurs in rural cities of India, Vrinda Johnson, Chief of Strategy & Operations at ChekMarc, Inc., said,  ‘’What often goes unnoticed is that when provided with equal resources, women-owned ventures produce equally strong outcomes. They play a major role in the economic sphere rather than playing a peripheral one. Women entrepreneurs make way for social and economic prosperity. The interesting bit is that they are now realizing the power of entrepreneurship and that it will give them the opportunity to be more independent. Rural cities of India are moving towards the adoption of digitization and the female population is making use of the available resources and utilizing them optimally to come up with their ventures and initiate their start-up journey. It is indeed joyful to witness this trend of the emergence of women entrepreneurs, especially from the rural areas. We are glad that social media and social networking platforms have given the required push to driving this shift during the pandemic. It is these positive outcomes that make us believe that the purpose of having such platforms is fulfilled- to create an engaging community where people come forward to help each other and ensure the provision of relevant opportunities to the community members for their growth. Having said this, we anticipate that women entrepreneurs from the rural cities will soon be at the forefront and we are glad to have been a part of this women entrepreneurship-driven era.’’

The potential of women entrepreneurship in India is indeed huge. Unlocking this trend especially in the rural areas and rural cities is a challenge but with the requisite assistance and opportunities in place, we can collaboratively contribute to the adoption of this process and eventually bring about a positive change in the social and economic trajectory of India.

While the pandemic disrupted our lives, for the women entrepreneurs it was an opportunity to capitalize on the increased social media penetration and accessibility of social networking platforms. This gave them an opportunity to become financially independent while also giving them a chance to earn money while pursuing their passions. With the current trend only growing, it is clear that women can and should feel empowered to be more independent and knowledgeable, while leaning on each other to break down barriers. 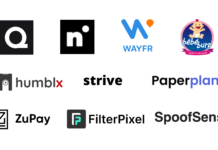 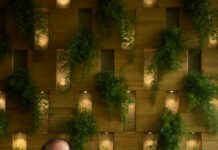 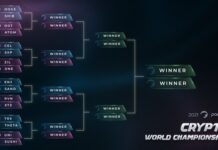 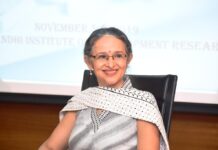 Routematic hosts Wheels 2.0, opens discussion on present and future of...