SKILLS, NOT SEX, THE DETERMINANT OF A SUCCESSFUL ENTREPRENEUR
“Steve Jobs, Bill Gates, Mark Zuckerberg, Larry Page… The list of successful male entrepreneurs is so long that the rise of a female entrepreneur is always considered an odd occurrence, if not an anomaly. The domination of men in the business sphere has made the term ‘business man’ synonymous with entrepreneur. And under all this, women entrepreneurs have always struggled to break to the surface. However, if behind every successful man there is a woman, there can be one leading from the front too. It is never the sex that determines success; it is always the idea and its execution. And ideas aren’t gender-specific. The rise of women entrepreneurs globally has now become a phenomenon, not an oddity. Women are displaying the skill set required to be a successful entrepreneur. They are facing challenges, taking risks and establishing business dominance since the turn of the century. Women entrepreneurs are not only marching equally with their male counterparts, they are even racing ahead – and there’s proof! According to the 2016 BNP Paribas Global Entrepreneur Report, 61% women entrepreneurs expected profits to rise in the next year, compared to an average of 58%. Moreover, companies helmed by women entrepreneurs had 13% higher revenues than those run by men. So with the first-hand experience of being a female entrepreneur managing abroadshiska.com successfully, it can confidently be said that the worthiness of an idea has nothing to do with the gender. There is plenty of inspiration if you look around, Indra Nooyi at PepsiCo, Vandana at VLCC, Oprah at Harpo Films – all women entrepreneurs. So there’s nothing stopping you from executing your idea, becoming an entrepreneur and working hard until a ‘woman entrepreneur’ is no different than an ‘entrepreneur’”, says Jyoti Sharma, Co-founder & COO, Abroad Shiksha.

The global rise of women entrepreneurs and their achievements’.
“As, co-founder of classboat.com, I find that the most important thing, as a woman entrepreneur, is to be well organized and proactive. I set my day up the night before and write in my diary exactly what needs doing and what amount of time it will take. I wake up every morning and think to myself, “How well can I take my company forward in the next 24 hours?” I never feel intimidated by the task before me of catapulting the business I started with my husband. Over the period we have a built a loyal team and learnt a lot with every small mistake, My team is like my second family, and take pride and care in the job they do, just as if it was their own company. The close relationship we all share has made it possible for the company to come this far. However being a woman it is equally important to take time for myself daily to exercise and keep me motivated to overcome every challenge, then only the care and attention, which I pay to my team and family, would be possible. As women break through norms and step out of the traditional roles, it is important to remember to value yourself first because only then will you be successful. Be very focused towards your goal and then all the hard times and obstacles become unimportant”, says Renu Shirurkar, Co-founder, Classboat.

“Whether in this modern age or the Stone Age women have been playing a fine role of entrepreneurs. As an entrepreneur you have to finely balance many things, woman roles increases as her status changes, she learn the art of balancing many things as she becomes a mother, wife, daughter in law and also a leader in her field of work. I remembered like it was yesterday my first entrepreneurial journey, it started in a small country called Guyana in South America right next to Brazil. I was at the tender age of 9 years old when I too had to play my role helping out to manage a large family. So after school I would help take a basket full of breads and pastries knocking door to door hoping to sell them all and come back home to my mother with an empty basket. Little did I know the impact it would later create in my life, humility, resilience and of course the strong belief that with right action, focus and determination everything is possible. I’ve also remembered my mother’s journey doing the same selling different grocery items while raising 9 children. I imagine this happens globally in every culture with different economical background. It’s an extraordinary position being a woman, from bearing children to creating companies. Our entrepreneurial journey has been there from the beginning of time. The strength of how far women came and the roles we have played is not in feeling separated from our counterpart but it’s feeling togetherness because of the interdependent nature to each other that we have collectively played roles from an astronaut to a president to a mother who gathers for her family. Women’s day is a celebration of gratitude for all the women and men that have made globalization possible not only for women but for one and all”, says Diane Bacchus Quddus, Co-founder & President, Ahhaa.

How Digital Gaming is Influencing the Younger Generation 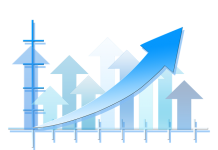 Top Five Influencer Trends to Look for in 2019 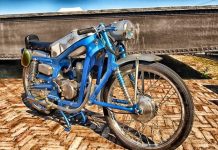 From Daily Commute to Long Drives, Bike Rental Market Is Scaling Up 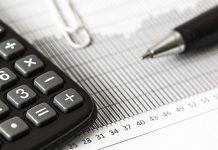 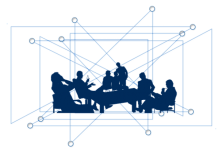 Transformation of the B2B Sector in India 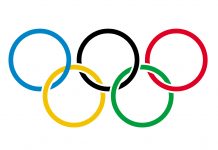 How India Can Become Superpower In Olympics

Top Five Influencer Trends to Look for in 2019